This Adirondack Great Camp is a timeless masterpiece. Designed by renowned architect William Distin it is highlighted by a 30 ft. high octangular great room with a massive stone fireplace as its centerpiece. Other impressive features include natural birch bark ceiling finishes, rustic timber beams, and peeled log interiors. Comprised of 8 bedrooms and 4.5 baths, with a newly renovated kitchen, formal dining, and four stone fireplaces. Just a stone's throw from the lake, the property boasts 1.8 acres and 370 feet of shoreline with covered boat slip. One of the last unspoiled and authentic Adirondack landmarks in the Upper Saranac Lake region.

Over the years those parents who had enjoyed the Adirondacks by way of ownership of a private camp, or by vacationing at any of the old resort hotels, perhaps decided that their offspring should be treated to the same special privileges. Of course children's summer camps were not an Adirondack invention but, on the other hand, they could provide an Adirondack experience and that was what it was really all about. Nostalgia related to a mountain lake, a forest stream, or a bark covered lean-to could evoke past camping adventures which, by parental decree, must be inherited by the following generation.

There were, and still are, many types of summer camps, boys' camps, girls' camps, and, of late, some coed. There could be a fixed location whereby the participants spent their entire term at a central camp while enjoying the normal routine of outdoor sports such as swimming, boating, archery, and hiking. There could also be a mobile type arrangement featuring canoe trips, mountain climbing, and overnight stays at both private or public campsites. This latter version was usually called "roughing it."

La Jeunesse combined the better components of the two systems with an added emphasis on woodcraft education. The story begins with a physical ailment that altered one man's career from a life in the world of business to a healthier outdoor existence. Just as Dr. Trudeau's tubercular affliction led to great accomplishments in the field of medicine so, too, did an eye problem force Henry Blagden to abandon the iron industry. Rather than becoming a forger of steel Henry devoted his lime to the forging of the lives of young men. As it turned out the decision was a most propitious development for both himself and for the boys who would attend his summer camp in the Adirondacks.

As a young man about to enter Yale Henry suffered an acute eye ailment and was advised by his doctor to avoid any type of work that could worsen the condition. Abandoning his hopes for book learning he entered into the malleable iron industry but once again his eyesight problem returned and this time his doctor recommended some sort of outdoor occupation.

An old friend, Eric Parson, was starting to open a boy's school at Pinehurst, North Carolina, and Blagden joined him in the project. When Parson learned that Henry owned some camp equipment in the Adirondacks, it was suggested that they combine forces and operate a summer camp in the vicinity. The die was cast and on July 1, 1916, they opened camp on Big Square Pond with 15 boys in attendance. It was a simple affair consisting of a tent and a lean-to. An infantile paralysis epidemic broke out that same summer so to avoid any possible contagion the camp was moved to Fish Pond where Henry's father had built a lean-to several years earlier. At the end of the season, Henry returned to Pinehurst to join Parson's staff.

With the outbreak of World War I, in 1917, Henry tried to enlist but was turned down because of his eye problem. This rejection apparently made up his mind to continue the project of forming a permanent type of summer camp for boys in the Adirondacks. He was able to prepare some shared property on the easternmost Fish Creek Pond, adjacent to Upper Saranac Lake, an ideal place to build his camp. At first, he wanted an Indian name for the endeavor but could not find anything suitable. His mother suggested "La Jeunesse" and it caught on.

For the season of 1917, rough sleeping quarters and a "dining shack" served the purpose but in 1918, the enrollment doubled and further construction became necessary. An infirmary was built to house any of the boys down with colds or other minor ailments. On the following year, the enrollment doubled again and additions to the kitchen and dining areas featured running water for the first time. The boys took an active role in the construction and in 1921 they built a huge log lean-to where evening sessions before the fireplace were enjoyed. "Hank," as the boys called him, mentioned that it would be nice to have a log type lodge to serve as headquarters and provide quarters for gathering in future years. At the end of the season, he was presented with a check of $300 which the campers had raised to start a building fund. And so it went with each new season bringing increased enrollment and more construction.

Discipline was an important aspect of the curriculum at camp to aid in character development. There were all sorts of games and contests which were enjoyed with great enthusiasm but the highlight of the schedule was the stay at the Fish Pond campsite. Here the boys could fish for trout, cook over an open fire, and hone their skills of woodcraft under the care of monitors slightly older than himself. A canvas canopy stretched over the lean-to and fireplace and a tent furnished shelter from the rain but mostly the boys enjoyed outdoor living. Perhaps the sense of isolation in a wilderness setting heightened the pleasure of their stay.

As mentioned earlier the lean-to had been built by Henry's father, Thomas Blagden, who had also constructed a five-mile wagon road from Saranac Inn to the south shore at Fish Pond. The campsite was situated on the north shore. Later the state acquired the property and the wagon road became a fire trail closed to all but state vehicles. The route from La Jeunesse went by truck to Hoel Pond, across Hoel and Turtle Ponds by canoe and then a tough carry over Clamshell Hill to Clamshell Pond. An easier carry from Clamshell Pond to Fish Pond and thence to camp. It was this route which provided the remoteness.

Meanwhile, back at the main camp, tennis courts were added during the 1920s but, nearby, other types of improvements were taking place which upset the privacy at La Jeunesse. State highway No. 10 (today's route 30) was being pushed through right next to the northwest boundary of the camp property and across the highway, to the west, the state was constructing a public campsite at Fish Creek Ponds. To block out the unfavorable encroachment of progress Henry built a large storage shed adjacent to the highway and a stockade across from the entrance to the state campsite. Both buildings helped to muffle the highway noise and the stockade housed a store to sell supplies to the Fish Creek campers. Profit from the sales of food and gasoline brought new prosperity to La Jeunesse in the form of a scholarship fund. A policy had been established to accept as many boys (who could not pay) as the income would permit. By mixing with the boys from wealthy families Henry felt that the experience would benefit both parties and this policy proved to be judicious.

During the season of 1930 electricity was introduced at La Jeunesse and former members accused the new members of being soft. There existed a strong contingent of "old timers" who frequently returned to visit Hank and check up on the affairs at camp. Members of the alumni group also would serve as living quarters for Henry and provide visiting space for former campers. The lodge was completed in 1933 and two years later Hank married the former Miss Mary Bradley whom he had known for many years.

A La Jeunesse Old Timers' Association was formed and its members published a little newspaper entitled "SMOKE" (no doubt suggested by campfire emissions) and many of the dates and details in this article were gleaned from its pages. Letters written to the paper displayed a lasting interest in camp affairs by the alumni which indicated a strong loyalty unusual in the realm of summer camps. Such fealty speaks well for the administrative policies practiced at La Jeunesse over the years.

One such letter is worth repeating here as an old timer wrote: "I do not know if there is another camp for boys in this country that can match what La Jeunesse has done for the past 25 years. I do know (as an Old Tuner and parent) that La Jeunesse is different from any other boys' camp I know of. It has behind it the strength and vitality of an idea that is a living actuality in helping boys to become better men. It has left its impress for the better on everyone who has been there. Yes, Hank has done a swell job of youth building." A fine accolade indeed!

Nicholas S. Politi
Cell Phone: 518-524-7087
nick@adirondackestates.com
My Bio
Contact an Agent
Be the First to Know!
Sign up for email notifications below and be the first to hear about new listings, future price reductions, and pending sales.
Related Properties 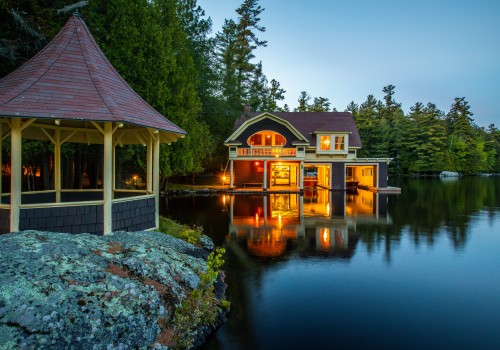 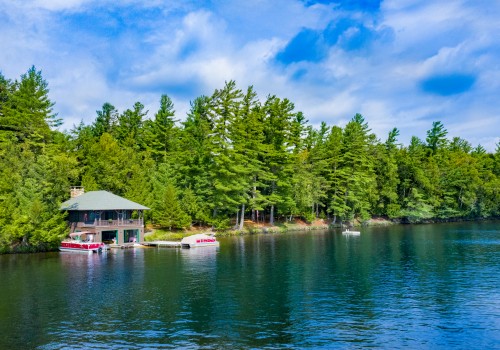